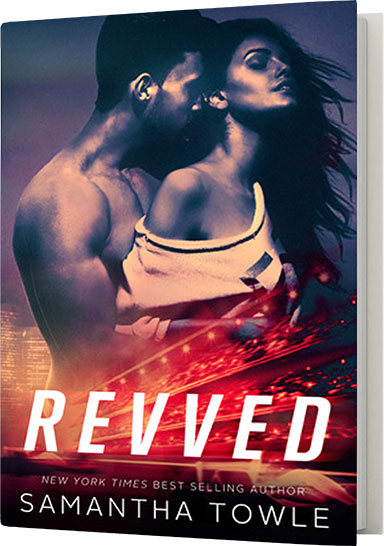 Race car mechanic Andressa “Andi” Amaro has one rule—no dating drivers. With a good reason behind the rule, she has no plans on breaking it.

Carrick Ryan is the bad boy of Formula One. With a face and body that melts panties on sight, and an Irish lilt that leaves women on their knees, begging for more. He races hard and parties harder. The youngest driver to ever sign with F1, he’s still at the top of his game five years later, breaking hearts on and off the tracks.

When Andi is offered her dream job working in the glamorous world of F1, she leaves her home in Brazil, positive she can handle working for Carrick. But she’s not prepared for the off-the-chart sparks that fly the moment they meet.

Now, Andi has a crush on the one man she can’t have, and her resolve is about to be put to the test, because Carrick has decided he wants Andi, and he plans on testing her to the very limit...

I came up with the idea for Revved the first time I heard, and saw the video for Dangerous by David Guetta. It was like I’d been hit by a freight train of an idea, and I immediately had to begin writing Andi & Carrick’s story! The track listing is in order that the songs appear in Revved. There are some additional songs at the end that didn’t make it into the books, but helped me immensely while writing it.